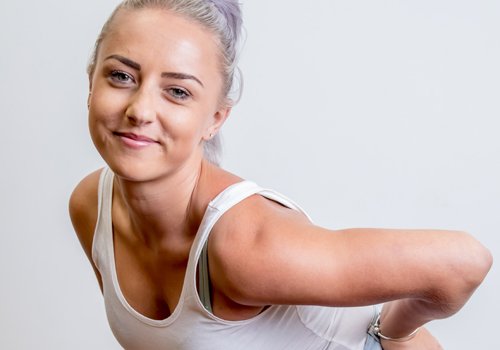 Originally from England, Kathleen Rayner moved to Ireland, Galway when she was 12 with her Family. Throughout her childhood, Kathleen spent her days in a Performing Arts school and dance classes. Kathleen got her first professional paid role on TV when she was 18 and played the role as Sarah Bradley in ‘Jack Taylor’ and filmed in Germany.

Kathleen later trained with an Honours Degree in Sligo IT Performing Arts in 2015. During her studies, Kathleen completed an exchange programme in Hungary ‘Csokani Theatre’ and studied theatre and culture dance performance. Kathleen was in several performances throughout her studies including Roxy in ‘’Chicago’’ and Dorothy in ‘’Sweet Charity’’.

During her studies, Kathleen also ran an independent children’s Dance and Drama workshop every Saturday in a child’s play centre in Galway. Kathleen would choregraph a show which was performed at the end of each semester.

Kathleen is now based in Australia, Darwin, and her dance roots are exploring contemporary dance and hip-hop styles in two dance schools; Rix-Kix Arts School and Synta Creative Dance & Film. Kathleen looks forward to what the future may bring and hopes to venture into theatre performance.

WANT TO JOIN THE DANCE FUN?

We are now accepting new enrolments! You can enrol online by clicking the class you want to join.