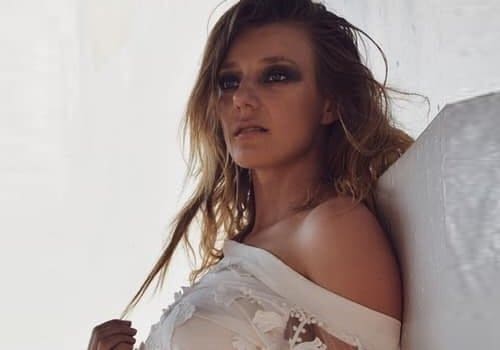 Jacqui La Croix fell in love with dance and movement from a young age of 8 years old and has not stopped since. Training in a Victorian performing arts program throughout primary school and high school exposed Jacqui to a number of choreographers, styles of dance and especially the art of performance. She also very gratefully found Latin American dance as a teenager which now you can often see little glimmers of this movement shine through her performance.

Throughout her 20’s Jacqui was able to utilise her experience and training in character development and movement to really express and dance in a way that is unique and captivating. Discovering that dramatic, dark and slow contemporary like movement was a tool to express so many desires and hidden emotions soon became a new language for Jacqui La Croix. Using controlled improvisation to hold a strong presence on stage soon lead to learning the art of fire manipulation and circus.

Dancing for Rix Kix has allowed Jacqui to build further on her repertoire of movement and reinvigorate multiple characters and challenges that come along the way. Today Jacqui finds joy in being on stage and continues to challenge her bodies abilities through pole art.

WANT TO JOIN THE DANCE FUN?

We are now accepting new enrolments! You can enrol online by clicking the class you want to join.